Then we went and did some more stuff

Our night was pretty busy. We had so many appointments we actually had to cancel out dinner. It was fun though. We taught Roberta and Serenity and watched Joseph Smith: Prophet of the Restoration. We were able to teach Justin and Shauna and it was real good as well. An appointment fell through so the member we were with took us to get some Chinese food. It was tasty. We had a good correlation with our awesome Ward Mission Leader. Then we went home and planned and went to sleep. Every morning I write in my journal and as of today I have written in it for a whole month straight! So there is some good stuff in there.

We had our Temple Trip at the Sacramento Temple. First there was a mini zone conference with a Christmas program. They showed what we call the White Christmas video. It’s a picture slideshow of a bunch of baptisms over the past year. It was really good. The last two pictures were of two people who were baptized then a short time later passed away. Manat Soutsavang the paralyzed girl was one of them. President asked Elder Seumanutafa his feelings after watching it then he asked me to share my thoughts cuz I was a part of the baptism. It was the first time I really cried since before my mission. Then we had some good lunch. The temple was awesome as it always is! We had a good time though.

Afterwards we ted Tracy. He doesn’t believe Jesus is necessary so we moved on of course. We had our ward Christmas Party and Santa came! We got a good picture for our Christmas card. We had a real good time there and it was a lot of fun. We had 4 investigators come so that was fun. Saturday we had 2 baptisms! Roberta Campbell and her Daughter Serenity Douglas were baptized! It was awesome. Boy am I glad I learned how to play three Hymns, because we couldn’t get a pianist for the program so I played. I messed up a little bit but that’s ok. Over the past week I have begun learning two more hymns. It’s not that hard if I just practice.

Every time we’re at the church and we have a minute I practice. So hopefully I can learn a couple more and fine tune the ones I know. The baptism was good though. We had to 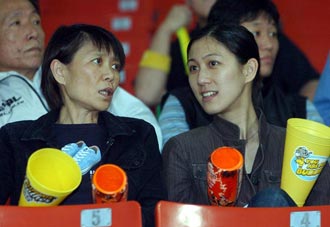 stay for the next baptism as well because the lady asked Elder Jones to say the opening prayer. It’s great. Then we went out and worked all day. We ts are Justin and Shauna. We tracted for a while. We had to write up a bunch of things for our Stake Correlation meeting with the Stake Presidency we had yesterday. That took some time. Especially cuz the office Elders in our mission aren’t as on the ball as they usually are so I had to remake the form for our zone and I’m not great with computers but I’ve figured some things out so it works.

We were able to see a few more people the rest of the night. Sunday morning we had a great meeting with the Stake Presidency. They are some cool guys. We are close to hitting the goal for the Stake of 100 baptisms for the year. We need about five more so we’ll be close. We have the people to do it and some so we are working our patoots off! We had a good Church. Roberta and Serenity were confirmed and it was good as well. The Lopez daughter brought her friend Ryan to church so hopefully he’ll be there tonight for dinner so we can teach him. Justin and Shauna were supposed to get their interview but they weren’t at church so we went over to their house with our ward mission leader and he took them to church.